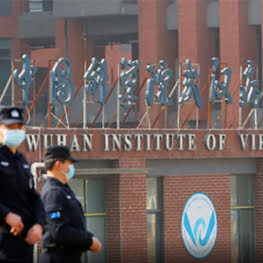 Two senior US disease experts on Sunday said the world needs China’s cooperation in tracing the origins of Covid-19 to prevent future pandemic threats. According to Scott Gottlieb, a commissioner of the Food and Drug Administration (FDA) in the Trump administration and now a board member of Pfizer Inc, there

Two senior US disease experts on Sunday said the world needs China’s cooperation in tracing the origins of Covid-19 to prevent future pandemic threats. According to Scott Gottlieb, a commissioner of the Food and Drug Administration (FDA) in the Trump administration and now a board member of Pfizer Inc, there is more evidence to support the notion that the SARS-CoV-2 virus may have escaped from a lab in Wuhan, China.

Gottlieb, speaking to CBS News, claimed that China hasn’t offered data to reject that theory, and that the search for indicators that the virus came from wildlife hasn’t given results.

In a separate TV interview, Peter Hotez, co-director of the Texas Children’s Hospital Center for Vaccine Development, argued that not knowing how the pandemic started puts the world at risk of future epidemics. “There’s going to be Covid-26 and Covid-32 unless we fully understand the origins of Covid-19,” Hotez told NBC.

The virus’s precise origins remain unknown about a year and a half after it was first discovered spreading in a seafood market in Wuhan, China. It is thought to have passed from wild animals to humans, according to one theory of scientists. The concept that the virus may have mistakenly escaped from a research lab, which has been supported by certain Republicans for a long time, has garnered increased attention from the Biden administration.

US President Joe Biden on Wednesday called for a fresh investigation into the virus’s emergence. According to Biden, US intelligence services were split on whether the virus crossed the species barrier from a natural reservoir or was leaked from the Wuhan Institute of Virology. He told the agencies to “redouble their efforts” and report back to him in 90 days.

A Wall Street Journal report on May 23 fueled the debate as it reported that three researchers from China’s Wuhan Institute of Virology were unwell enough in November 2019 that they sought hospital care for “symptoms consistent with both Covid-19 and common seasonal illness,”

Hotez believes that scientists should be permitted to undertake a long-term study in China and collect blood samples from humans and animals. The United States should exert pressure on China, including the possibility of penalties, to allow for an investigation. “We need a team of scientists, epidemiologists, virologists, bat ecologists in Hubei province for a six-month, year-long period,” Hotez said.

The Wuhan lab theory has been refuted by Chinese officials. Biden’s inquiry, according to Foreign Ministry spokeswoman Zhao Lijian, is an attempt at “stigmatisation, political manipulation, and blame-shifting.”