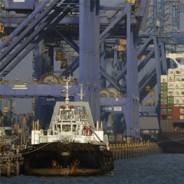 India is one of the biggest providers of seafarers for the shipping industry. But the nation's COVID wave has sparked travel curbs and restrictions on Indian crews, sending shipping firms scrambling to find replacements Sheikh Karim, a seafarer in the eastern Indian state of Odisha, spends hours on his phone

India is one of the biggest providers of seafarers for the shipping industry. But the nation’s COVID wave has sparked travel curbs and restrictions on Indian crews, sending shipping firms scrambling to find replacements

Sheikh Karim, a seafarer in the eastern Indian state of Odisha, spends hours on his phone everyday, scrolling through overseas shipping jobs he can’t apply for.

Along with the Philippines and China, India is one of the largest suppliers of crew to the global shipping industry. But a huge surge of COVID-19 infections in the country and a shortage of vaccines have left ship workers like Karim high and dry.

Karim, who is a trained oiler, a junior worker who maintains and repairs ship engines and machinery, said he’s been trying repeatedly to find a slot on a designated government website for a COVID-19 vaccine in his home city of Balasore. But, so far, without luck.

“I don’t know when I’ll get the first dose of the vaccine. It’s frustrating because I see jobs advertised for cargo ships and tankers which pay in dollars,” the 27-year-old told DW, adding he desperately needs the income. “Living costs are rising and there are additional health care and hospital expenses for my family and relatives who are getting COVID.”

No vaccines for ‘essential workers’

It’s a situation familiar to thousands of seafarers across India who are unable to get out of the country. On the other hand, shipping authorities have also advised Indian crew currently at sea to “desist from signing off from the vessel” until the situation improves.

“The main issue is that seafarers have been designated as essential workers, both nationally and in several other countries, which means the government should be giving them vaccinations on priority,” said Abdulgani Serang, general secretary of the National Union of Seafarers in India. “But that is not happening in India.”

He said maritime authorities had set up dedicated vaccination facilities for seafarers in port hospitals in cities like Mumbai, Kolkata and Kochi. “But the main problem is that the vaccines are simply not available,” Serang said.

India’s estimated 240,000 seafarers are predominantly between the ages of 18 and 45, an age group that was supposed to receive Indian-made vaccines, Covishield and Covaxin, from May 1. But a shortage of stocks has forced authorities in many states to postpone the jabs.

“Unvaccinated Indian seafarers are now at a disadvantage compared to people of other nationalities who could fill their jobs, for example Indonesians or Chinese who have received priority vaccinations in their own countries,” Serang said. “There is no blanket ban on Indian crews. But ship owners are worried about taking them.”