Get, Set... Covid: What Are The Pandemic-Sized Hurdles Facing Tokyo Olympics 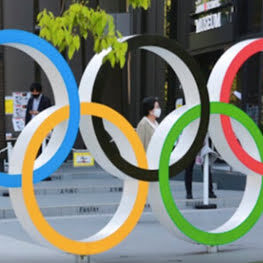 To athletes across the world, it represents the pinnacle of sporting excellence. But the Olympic Games amid a pandemic finds it has to contend with fresh Covid-19 peaks as new variants enter the mix. Indeed, at a time when the Olympic motto of ‘Swifter, Higher, Stronger’ may be aptly borrowed

To athletes across the world, it represents the pinnacle of sporting excellence. But the Olympic Games amid a pandemic finds it has to contend with fresh Covid-19 peaks as new variants enter the mix. Indeed, at a time when the Olympic motto of ‘Swifter, Higher, Stronger’ may be aptly borrowed to describe the course a resurgent pandemic is taking, all eyes are on Tokyo to see if it can successfully host the event scheduled to start two months from now.

FIRST QUESTION: ARE THE GAMES ON?

As of the last week of May, they are. After the 11th and final meeting of the International Olympic Committee (IOC)’s coordination panel for the Tokyo Games, it was announced on May 21 that the Games will be held even amid an emergency situation in Tokyo as every step is being taken to keep the novel coronavirus out of the equation, and the venues, when top athletes from around the globe congregate in the Japanese capital for the biggest celebration in world sport.

The Games, to be originally held last year, were postponed as the world was coming to grips with the novel coronavirus last year. Total cases globally stand at 166 million with 3.4 million lives lost so far to the infection. The decision to stage the Olympics comes at a time when several countries appear to have turned a corner against the pandemic thanks to swift vaccination drives even as others, including India, are facing up to a resurgence of cases amid the rise of new variants and a slow pace of vaccination.

Japan had a relatively milder outbreak compared with some other advanced countries and had reported about 230,000 cases and a little under 3,500 deaths in all of 2020. But 2021 has been a different story and the country has in the first five months added more than 400,000 new cases for a cumulative tally of more than 700,000 cases. The country has reported more than 8,000 deaths so far this year. Which is why there is serious opposition among the Japanese public to the hosting of the Games at this crucial juncture for the country.

WHY IS THERE WORRY IN JAPAN OVER THE EVENT GOING AHEAD

All the different stakeholders have their own reasons for wanting the Games to materialise. While Japanese PM Yoshihide Suga would be keen to pull off a successful Games as that would be seen as cementing his position as a strong administrator and sending out a message about Japan’s regional and international ambitions, the IOC can ill afford a cancelled Olympics as the once-in-four-years event brings the sports body the bulk of its earnings.

But the common Japanese on the road is far from impressed by these considerations at a time when there is a surge in Covid-19 cases and all hands are needed on the deck to tide over the crisis. More than 80% of Japanese respondents in a recent survey said they are against the Games being held this year. The issue is not so much over hosting the event at a time when the world is still not completely out of the Covid-19 cloud as the perceived failure of authorities to take the necessary steps to ensure that the country’s Covid response is not compromised by the event.

Several administrative zones across Japan have been put under Covid restrictions, including Tokyo. While the curbs for the Japanese capital are set to continue till the end of this month, people have an anxious eye on the case tally amid fears that the worst may not be over.

Significantly, red flags have been raised by medical practitioners and nurses against the hosting of the Games at this stage. Already, the Tokyo Medical Practitioners’ Association has written to top Japanese officials urging them against going ahead with the Games. Japan saw a phase of daily cases subsiding to about 1,000 after an early peak this January when the country was reporting close to 8,000 new cases. But it is now contending with a fresh surge starting in April that saw new cases come close to the January peaks.

Daily new cases have declined in the last week but the country still added more than 5,000 new infections on May 21.

The perception surrounding the Games might have been much more positive had the country managed to quickly proceed with its vaccination drive but, as things stand, it is lagging behind other advanced economies in this crucial department. Less than 2% of eligible Japanese have received two doses of the Pfizer-BioNTech shot that is being used in the country and just over 4% has received at least one dose. To put that in context, the US and UK both have covered more than 30% of their populations with two shots.

In Tokyo, only about 30% of all medical workers have received both doses.

WHAT THE ORGANISERS ARE DOING TO ALLAY FEARS

To begin with, no foreign spectators are allowed at the Games. That automatically removes tens of thousands of visitors from the mix. In fact, only about 78,000 officials, journalists and other staff will be allowed at the Olympics, down from the 180,000 that was planned earlier. The organisers are yet to take a call on the number of local spectators that would be allowed into the venues.

The IOC has not made vaccination compulsory for participants but officials have said that as many as 80% of the people at the Olympic Village would have been vaccinated by the time the Games get under way. The organisers have also announced a tie-up with Pfizer for donating vaccines to participants.

Seiko Hashimoto, the president of Tokyo 2020, has said that up to 230 doctors and 310 nurses would be needed each day during the Olympics and the Paralympics that follow from August 24. But reports say that a nurses’ body slammed organisers when they sent out a message seeking 500 nursing volunteers for the Games.

The organisers have come up with Play Books that contain directions and guidelines that include a requirement for anybody travelling to the Games to get a negative Covid-19 test two days prior to departure. According to the guidelines, athletes would need to undergo daily Covid testing and download a contact-tracing app even as the organisers have not so far insisted that the athletes will be put in any tight bubble.