ANU: ANU To Support Aussie Start-Up In Growing Plants On The Moon 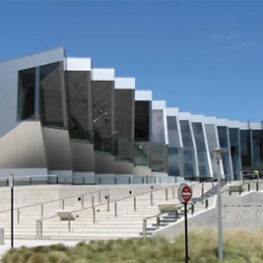 The Australian National University (ANU) will lend its unique expertise in plant biology to an ambitious mission led by Australian space start-up Lunaria One that aims to grow plants on the moon by as early as 2025. Lunaria One’s Australian Lunar Experiment Promoting Horticulture (ALEPH) will be the first in

The Australian National University (ANU) will lend its unique expertise in plant biology to an ambitious mission led by Australian space start-up Lunaria One that aims to grow plants on the moon by as early as 2025.
Lunaria One’s Australian Lunar Experiment Promoting Horticulture (ALEPH) will be the first in a series of experiments to investigate whether plants can not only tolerate but thrive on the lunar surface. The project is an early step toward growing plants for food, medicine and oxygen production, which are all crucial to establishing human life on the moon.
The researchers hope the lessons learnt from this mission will help unlock new methods to boost sustainable food production on Earth and bolster food security in the face of climate-driven weather disasters.
The mission is an international collaboration between a number of institutions, including Queensland University of Technology (QUT), RMIT University, ANU and Ben Gurion University in Israel, as well as industry bodies.
The types of plants sent to the moon will be carefully selected based on how quickly they germinate and their tolerance to extreme temperature swings experienced in space.
ANU Associate Professor Caitlin Byrt is a science advisor for Lunaria One and an ARC Future Fellow. She said the mission presented a “unique” opportunity for ANU scientists to apply knowledge of plant germination resilience to determine the types of plants that could tolerate harsh environments such as the moon.
“Space is an exceptional testing ground for how to propagate plants in the most extreme of environments,” Associate Professor Byrt, from the ANU Research School of Biology and the ANU Institute for Space (InSpace), said.
“The extreme conditions that Earth is facing due to climate change present challenges for how we manage food security in the future.
“This project is important for developing propagation systems relevant to challenges here on Earth. This includes the creation of controlled environments that enable communities to rapidly propagate plants after natural or climate related disasters.
“If you can create a system for growing plants on the moon, then you can create a system for growing food in some of the most challenging environments on Earth.”
One of the plants to be considered for the mission is an Australian native resurrection grass known as Tripogon loliiformis that can endure harsh conditions and survive in a dormant state for months without any water.
“Even after losing more than 95 per cent of its relative water content, the dead-looking grass remains alive and pre-existing tissues flourish when provided with water,” Dr Brett Williams, a plant biologist from QUT, said.
The seeds and “resurrection” plants will be transported in a specially designed chamber on board SpaceIL’s Beresheet 2 spacecraft. The chamber will contain sensors, a camera and water.
“The seeds and resurrection plants can survive in a dehydrated dormant state and will be carried in a hermetically sealed chamber on the lunar lander and, we hope, germinate and reactivate upon watering,” Dr Williams said.
After landing on the lunar surface the plants’ growth and general health will be monitored for 72 hours and data and images will be beamed back to Earth. Citizen scientists and school children from around the world will be invited to use the data to conduct their own experiments to identify which plant varieties have the best chance of growing on the moon.
Lunaria One Director Lauren Fell, from QUT, said: “The key to this mission is to get humans involved and to give them a say in how we get there. The ALEPH project aims to open up the science and engineering behind growing life on the moon so that anyone can be involved.”