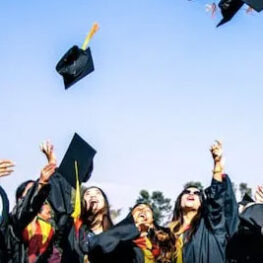 On Tuesday, July 27th, the auditorium of SKICC Srinagar was all buzz with the activities of the 19th annual convocation of the University of Kashmir. The students who had excelled in their respective fields of academic and professional courses started arriving at the venue in the morning. The smiling faces

On Tuesday, July 27th, the auditorium of SKICC Srinagar was all buzz with the activities of the 19th annual convocation of the University of Kashmir. The students who had excelled in their respective fields of academic and professional courses started arriving at the venue in the morning. The smiling faces of the university graduates clearly indicated their joy as some of them had to wait for this joyous moment for eight long years as Kashmiri University did not hold its annual convocation since September 2012.

Why the university didn’t hold the annual convocation on regular basis during the previous 8 years? The negligent approach of the concerned authorities is perhaps the suitable answer. The non-serious approach of the previous regimes of J&K towards such educational activities had made the authorities care less. With the revocation of article 370, and dividing the erstwhile J&K state into two union territories, J&K and Ladakh, the Union Govt is directly monitoring all the activities in J&K.

At the convocation, the graduating batch was addressed by the President of India, Ram Nath Kovind. Close to 3 lakh students received degrees including more than 2.5 lakh bachelors and more than 1,000 doctorates degrees pending over the past eight years were distributed.

“I would like to tell each of you that your quest for learning and your faith in knowledge as an agent of change are really inspiring. The credit for this also goes to the teachers and administrators of the University of Kashmir. These achievements are not surprising, because Kashmir has always been known as ‘Sharda Desh’, after the illustrious Sharda Peeth, which was a famous centre of learning in ancient times,” said President Kovind during his address

“Equally inspiring is the success of female students. Just about half of the students receiving degrees today are women. Not only that, when it comes to gold medals, 70 per cent of the winners are women. It is not just a matter of satisfaction but also pride for us that our daughters are ready to perform at the same level as our sons and sometimes even better. It is this belief in equality and capabilities that needs to be nurtured among all women so that we can successfully build a New India – an India which is at the forefront of the comity of nations. Building our human resources and infrastructure are the stepping stones to this higher ideal,” he added.

Apart from improvement in academic activities in the university, the LG administration has tightened the noose on the anti-national elements that used to create law and order problem s in the Varsity campus at the behest of separatists.

The university campus which was used by the militants as a safe haven in 1990s saw some subversive activities by the hardliner students afterwards too. Prior to the revocation of article 370, the university students were used by the separatist elements to create unrest in the campus and outside. After the revocation of article 370 on August 5, 2019, there has been a considerable improvement in the overall security scenario in the UT. The stone-pelting incidents which used to be a routine have come to a halt.